Bullying – Will It Ever End?

Bullying. What is it? Everyone has their own definition but I think we can unanimously agree it isn’t a moral activity by any stretch of the imagination. Not just limited to classrooms, bullying occurs everywhere, whether it be in the workplace, within families, in Internet forums, amongst social groups and so on.

Now, what do all bullies have in common? They are typically worse in groups. Isolate a bully and he / she becomes far less powerful and menacing. The explanation behind the group mentality is that their “groups” act as both a shield and an instigator. Similarities can also be drawn to the Internet where people say horrific things to one another as they sit behind the anonymity of their computer screens and virtual avatars.

There is certainly a touch of evil to every bully but the real question is what makes someone a bully? I would argue that it stems from one or more of three root causes: fear, insecurity, and a lack of empathy. With the widespread increase in technology, social media and the narcissism that comes with it, there is an ever-increasing lack of empathy but the fear and insecurity that fuels bullying is deeply instilled in the psychology of anyone that decides to torment another person. According to The Eunice Kennedy Shriver National Institute of Child Health and Human Development (NICHD), “anyone involved with bullying—those who bully others, those who are bullied, and those who bully and are bullied—are at increased risk for depression.”

To anyone reading this article who has ever bullied anyone or who has plans to do so in the future, I plead with you to consider your actions and/or reconsider your potential future actions. It truly is a miserable pursuit and you are only harming yourself by doing so.

One of my overall observations in society is that people often take their own lives as well as those of others for granted. What many people fail to think about enough is that none of us get out of this world alive; death has always been one of the only guarantees in life. Far too frequently, we treat each other like we are invincible and with this mentality only comes a lack of empathy, or apathy if you prefer the term.

Only when we deeply analyze our own lives and what we humans are here for will we truly have more empathy for one another. We exist in one planet in one galaxy in an infinite universe, yet we continue to do harm to one another despite the fact that the survival of our species solely depends on co-existing with one another. As idealistic as all of this may sound, a way of life rooted in idealism is the only way we can improve the world and the lives of all our brothers and sisters.

Thankfully, there is a great deal of good in this world and in the Humanity Preservation Foundation, I have found an organization that stands up for all forms of abuse without expecting anything in return. If you have been a victim of abuse or want to talk to someone about it, please reach out to us and if you forget everything you’ve read in this article, please remember that there is an abundance of good in this world and it’s always worth fighting for. As school returns soon, I look forward (perhaps naively I might add) to living in a world where bullying is a thing of the past. 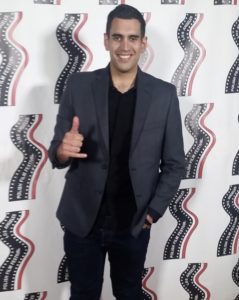 Andrew de Burgh is a contributing writer for the Humanity Preservation Foundation. He is a British filmmaker based in Los Angeles and just recently completed his first feature film, a sci-fi drama called “The Bestowal”. He is an avid soccer fan and supports Liverpool F.C.

Follow the Humanity Preservation Foundation blog with the latest news and updates from our organization and the community that supports the work we do.